Liverpool dealt confidently in the last round with Brighton 1-3. Burnley scored not a bad shape and started playing, for 4 matches Burnley has not lost points and has come close to European cups in a tight match, for 3 final rounds Burnley has not bad chances

Liverpool got their 19-th title of the champion of England ahead of schedule. In a brilliant manner, J?rgen Klopp's wards spent the season winning this title right after winning last year in the Champions League. Over the 34 rounds, the Reds were able to win 30 victories and two draws, which brought 92 points, which is 23 more than the nearest pursuer.

The champion has the best line of defense, which missed only 26 goals, while the attack on the second line in terms of performance is 75 goals scored. After a long break, the Merseysiders started from the world Liverpool derby with Everton (0: 0) and in the second game they showed the class, defeating Crystal Palace (4: 0), after which they secured the status of the season winner.

Matip, Christy-Davis, Lovren and Henderson, who has an injured knee, will not be able to take part in today's match.

The two-time champion of England for the past 60 years can not repeat this success. Nevertheless, the current season “Burnley” can record in an asset. After 34 rounds, the team had 14 wins and seven draws, which brought 49 points and 10-th place. The effectiveness of the attack is 38 goals scored, 11 of which are on Wood’s account and Rodriguez scored seven.

What needs to be strengthened is the line of defense, which conceded 46 goals and this is more than all the teams from the TOP-10.

At the start of the summer session, the team from Lancashire received a knockout from Manchester City (0: 5), but then quickly came to their senses and issued a brilliant series. At first, Watford (1: 0) and Crystal Palace (1: 0) could not resist guests and in July the “burgundy blues” broke the world with Sheffield United (1: 1) and defeated West Ham ”(1: 0), for which we made a prediction.

In today's game, Barnes, Cork, Lawton and Mi, who have not yet managed to deal with a knee injury, will not be able to enter the field.

Burnley has a theoretical chance to enter the European competition. Winning today's game can send guests to sixth position, but replaying the champion on his field is almost hopeless.

In our opinion, J?rgen Klopp can rotate in some positions, but this is unlikely to weaken the home team. Most likely, we are waiting for a protective circuit performed by guests in the hope of a counterattack and Liverpool will try to win with minimal effort.

We offer you to play this neat combined duel in favor of the favorite.

Our forecast - Liverpool will not lose + total is less than 3.5 goals and put on it through BC 1xBet with a coefficient of 1.89 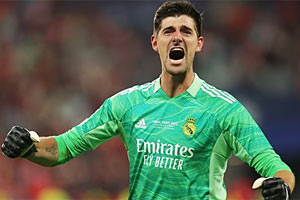