Leipzig vs Bochum: prediction for the Bundesliga match

Leipzig vs Bochum: prediction for the Bundesliga match 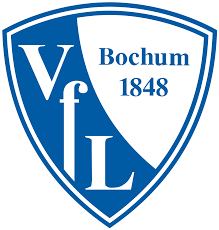 The history of head-to-head meetings of teams has 1 fight. The Leipzig team were stronger 1 time, but the Bochum club left the field as the winner in 0 times. In 0 matches, draws were recorded. The last face-to-face meeting was recorded on February 3, 2021. In that match, the score was 4:0. The difference between goals scored and conceded is: 4-0.

The Red Bulls are not showing the level of play that we saw last season. The team loses points out of the blue and this applies not only to the domestic championship, since the club also plays in European competitions.

Leipzig lost two matches in the Champions League, first lost to Manchester City (3:6) and in the last round they were weaker than Club Brugge (1:2). The team dropped to the last place in Group A and, to be honest, there are not many chances to cling to even the Europa League.

Jesse Marsh's wards are also unsuccessful in the domestic championship, where after six rounds they are in tenth place. In short, it's time for the club to show their football.

The “non-knock-out” ones are the penultimate in the standings, so you can imagine what form the club is in. Thomas Rice's men have won just one victory since the start of the season, when they beat Mainz at home (2:0).

Bochum lost three matches in a row, after which they managed to take points from Stuttgart at home (0:0). The hosts attacked great, but they failed to hit the opponent's goal.

The team from the city of the same name is a newcomer to the Bundesliga, respectively, the guys need time to adapt and become more competitive.

Bochum is a clear outsider of this confrontation. A newcomer cannot recover for six rounds and it seems that nothing will change in the near future.

There is a serious difference in class between the teams, plus one should not forget about the motivation of Leipzig, which is extremely serious after the failure in the Champions League. In our opinion, Jesse Marsh's charges will do their best to rehabilitate themselves and take three points.

The team from the city of Leipzig is acting in an attacking manner and, given the recent setbacks, we should expect a real turn to the gate of "Bochum". We assume that the guests will bend under the pressure of the hosts and miss, and quite a few.