Legia vs Napoli: prediction for the match of the Europa League

Legia vs Napoli: prediction for the match of the Europa League 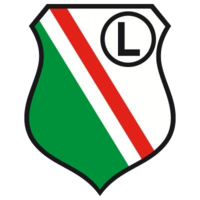 The first round match took place on October 21 in Naples. Victory with a large score of 3:0 went to the home team and the first goal was scored only in the 76th minute. Note that in 2015 teams met in the group stage of the Europa League. Then Napoli beat the opponent twice with a total score of 7:2.

After a series of defeats in the Polish championship, Legia decided to terminate the contract with Czeslaw Mikhnevich and for now Marek Golebyevski is acting as a coach. The team lost in the previous round of the domestic championship to Chase (0:2) at home and after 11 matches has only nine points and is in the relegation zone.

As for the Europa League, the Polish club, unexpectedly for many, leads the "C" quartet after three rounds, having earned six points. The Poles lost to Napoli in the last away match (0:3) and will try to take revenge in the upcoming match.

Luciano Spalletti scored four points after three matches in the Europa League and is second in the group, being two points behind the current opponent. In the Neapolitan match, the Italians easily outplayed the opponent and have every chance to lead the quartet after this game.

In Serie A the team continues to lead the table together with Milan and is already seven points ahead of the rest of the competitors. In the previous confrontation, the club was able to defeat Salernitana on the road (1:0). In this fight, Viktor Osimkhen was injured and his participation in the game against Legia is questionable.

The Polish club, despite the huge problems in the championship, continues to go confidently to the European Cup and will try to play successfully at home. The game in Naples showed the problems of the Poles in defense and they will try not to miss as much as in Italy.

"Napoli" will play only to win, hoping to displace the opponent from the top in the table and the guests have every chance to do it. However, in our opinion, such a defeat as in Naples will not happen in Warsaw and the hosts will be able to avoid a major defeat.

Our prediction is an Asian handicap (+1.5) against Legia. 1xBet offers odds of 1.77 for such an outcome.

The Poles will try to play cleanly on the defensive and will hold back the attacking impulses of the opponent throughout the match. "Napoli" will suit, by and large, and the minimum victory and the team will protect the gained advantage if necessary. We believe that the game will be held in a closed manner and will not bring a scoring extravaganza, which is what we propose to use.

Our second bet will be for the total is less than three goals. This bet can be placed for 1.83.