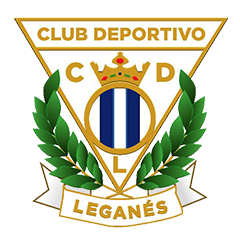 “Real” became the champion in the last round and spent last days, celebrating a significant victory. But for “Leganes” the upcoming game is the last chance to stay in the elite.

Today will be decided the question of the future fate of Leganes, which is holding its fourth consecutive season in Primera.

Before the last round, Pepineros have eight wins and 11 draws. Which brought 35 points and 18th place in the standings. The distance to the 17th "Celta" is only one point.

The attack of hosts is one of the worst - 28 goals, nine of which are on Rodriguez’s account. After a long pause, the "leg" did not improve its position, but even aggravated the standings. For six matches, the team was able to get only two draws.

Ruben Perez, Szymanovski, Carillo, Omeruo and Rodriguez will not be able to take part in today's match.

Real Madrid has won the Spanish title for the 34th time in history. Zinedine Zidane's wards had a brilliant tournament. The team did not start very confidently, but the excellent team play in all lines did its job.

Before the final round, the "creamy" chalked up 26 victories and eight victories to their championship account. The defense conceded the least in La Liga - 23 goals, and the attack hit the opponent's goal 68 times. The main snipers of the team are Benzema (21 goals) and Ramos (10 goals).

Marcelo, who has a muscle strain, will not be able to take part in today's match.

"Leganes" jumped over their heads and did not lose even once in four matches. Such indicators could lead the team to the top ten, or even higher, but we believe that this is just agony. Hosts are too late in La Liga and it's time to give way to a more worthy team.

Real Madrid confirmed the title of Galacticos and won their first championship victory without Ronaldo. In our opinion, any “creamy” line-up is head and shoulders above the outsider and the leader would hardly want to end such an amazing season on a positive note. We assume that the Penineros have no chance.

Our prediction is the victory of Real Madrid and we bet on this on the line of Bingo Boom with the odds of 2.37