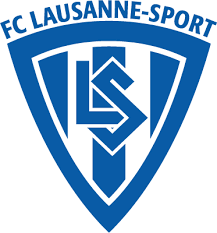 Young Boys won 5 past matches against Lausanne. Lausanne won this bet in the last six home games. Lausanne have scored 2 goals in the first half in their last two home games.

Lausanne have already lost their theoretical chances to finish the season in the top three. Following 35 rounds in the Super League, the team scored 46 points, which put it in fifth place in the overall standings, while the distance from the European Cup zone is four points.

The Young Boys won the Swiss League for the fourth time in a row, winning gold medals ahead of schedule and qualifying for the next Champions League. During the season, the Bern team won 24 victories, took nine draws, having suffered only two defeats.

Young Boys won the Swiss Super League ahead of schedule, but the lack of proper motivation does not prevent the new champion from continuing to win. Lausanne has already dropped out of the struggle for the prizes, so our sympathies in this match are on the side of guests, who have a noticeably higher class.

Our prediction is that Young Boys will win with odds of 1.78 at the bookmaker's office 1xBet.

In addition, we expect open football teams with an emphasis on attack. Lausanne has scored at least three goals in their last six home games.