Kayserispor vs Adana Demirspor: who will be the first to score points?

Kayserispor vs Adana Demirspor: who will be the first to score points? 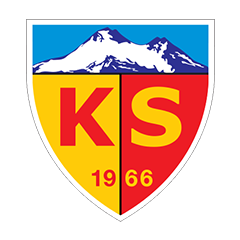 In the last four personal matches opponents scored against each other. "Adana Demirspor" scores in its last six away matches.

The Anatoly Stars were on the brink in the last championship, as it was with great difficulty that they managed to keep their registration in the Super League. The team is ahead of the relegation zone by one point. So you can understand what level of play has been demonstrated by players.

“Kayserispor” clearly needed changes, but how much the club has drawn conclusions we will see only after a few fights. The guys of Hamza Hamzaoglu have already chalked up the defeat, as they could not cope with Altai on the road (0:3). The team will have the opportunity to rectify the situation, because in the next game not the strongest opponent comes to visit.

The club from the city of Adana simply carved out a place for itself in the Super League, because last season it played in the first division. Samet Aybab's wards were well aware that they would now play against strong Turkish teams, according to each point now worth its weight in gold.

"Adana Demirspor" started the championship with a home match against "Fenerbahce". The match turned out to be extremely difficult, as the opponent put pressure on, but the hosts also looked decent, but in the 46th minute they did not keep Mesut Ozil (0:1). Now the team plans to show their strengths in the second round, so we will have something to see.

To be honest, Kayserispor disappointed with its performance in the previous round. The team was not at all like itself and made too many mistakes. "Adana Demirspor" lost its first match, but looked decent in a duel against one of the leaders of Turkey. The guys of Samet Aybab are able to compete for victory, the main thing is to show their football.

Our prediction is a handicap (0) on "Adana Demirspor" for a coefficient of 1.79 in BC 1xBet.

There is no doubt that after the failure on the road, Hamza Hamzaoglu's charges will want to rehabilitate themselves, so they will go ahead. The guests act in an attacking manner and are unlikely to change tactics, the more they feel that they can take away the points. In this case, we expect goals.