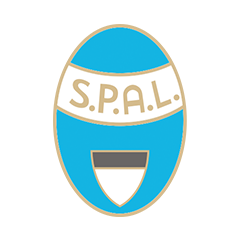 Juventus won all three home matches against SPAL. Juventus have conceded just one goal from SPAL in three home games. Juventus has played 10 matches at home this season in the home arena and conceded more than one goal in one of them.

Juventus has far from its best season. Andrea Pirlo's team is currently only on the fourth line in the Serie A standings. The old lady is seven points behind the leader of Milan and five points ahead of Inter, but the Italian champion still has a match in reserve.

In the last round Juventus beat Bologna with a score of 2:0 at home, thus securing their 10th win of the season.

At the end of last season SPAL left Serie A, but the “blue-white” intend to return right away. At the moment they occupy the fifth line in Serie B. Pasquale Marino's team is only one point behind the zone of direct qualification to the elite, so the competitors are sure that fight will still be imposed.

In the last round of the Cup SPAL won 2:0 away from such a tough opponent as Sassuolo, taking advantage of the numerical advantage. More 90% accurate football predictions can be obtained from the link provided.

After the fiasco in the match with Inter, Juventus gave a good match with Bologna, taking three points very confidently. Ahead of the "old lady" is a meeting with "Sampdoria" in the championship and today Pirlo will probably hold a large-scale rotation, but even in such a situation SPAL has not many chances. The Italian champion has a very solid reserve and the superiority in the class will be tangible.

At the same time, it is hardly worth counting on a scoring extravaganza. SPAL will surely play defensively and in order to open it the favorite will have to try.

We believe that hosts will win, but the match will not be very productive. Prediction is that Juventus will win + total under 4.5 goals. In 1xBet such an outcome is offered with odds of 1.60.

Place a bet on the line of online betting in nepal with odds of 1.60.