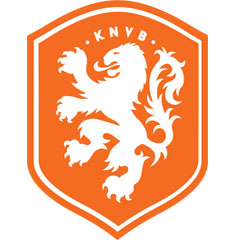 Italy leads the first quartet of the elite division of the UEFA Nations League with five points. Roberto Mancini's wards achieved a minimal victory in the Netherlands thanks to a goal from Barella, gaining an advantage over a direct competitor.

In the duels against Bosnia and Herzegovina (1:1) and the Polish national team (0:0) the Italians played inexpressibly in attack, sharing points with their rivals. Also, the hosts of the upcoming match were marked by a crushing victory over the national team of Moldova (6:0) in the test match.

For the Netherlands, the new UEFA Nations League season kicked off with a change of coach. Ronald Koeman, who left for Barcelona, ??was replaced by Frank de Boer.

After three rounds played in the group, the "orange" ones occupy the second line with four points in the account. The Poles, who are in third position, scored the same number of points.

In three games played, the Netherlands scored only one goal, which ensured their victory over Poland in the opening round. After the aforementioned defeat against Italy (0: 1), the team was unable to print the away goal of Bosnia and Herzegovina (0:0).

In recent matches, Italy and the Netherlands have not shown the experienced performance in attack. At the same time, both teams maintain a solid defensive play.

It should also be borne in mind that the fate of a ticket to the playoffs may be decided in the upcoming match, so hosts and guests will try to minimize the number of dangerous moments at their own goal. We believe that we are waiting for the next "grassroots" match in this group.

Our prediction is a total under 2.5 goals with odds of 1.76 at 1xBet bookmaker.