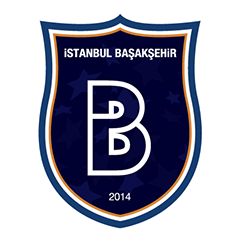 Istanbul Basaksehir is on the 18th place in the standings. The number of points scored is 33, while Fenerbahce rightfully occupies the 2nd line with 66 points. In such tournaments as the Superleague, any game is of great importance. Therefore, in any case, we will face an exacerbated confrontation between two strong opponents.

Basaksehir became the main discovery of the current season of the Turkish championship, but only with a minus sign. It was hard to imagine that last year's champion would fight for survival, but now this team has absolutely every chance of going down. 17th line in the standings and an equal number of points with Kayserispor, which is one line lower and already in the relegation zone, while the results of Istanbul continue to remain extremely unstable, as well as an inexpressive game.

Fenerbahce is fighting for the championship and still has a chance to win the title. The gap from Besiktas, which is on the 1st line of the standings, is 4 points, but leaders also have a game in reserve. Fener itself in the last segment demonstrates a stable game and results, but in order to achieve the cherished goal, it is necessary to win, with which they still have problems. On the positive side, it can be noted that this team has been consistently scoring for 7 matches in a row. So, what is the accurate football predictions for today?

It will be funny if the reigning champion drops to the First League at the end of the season. In fact, now everything is heading towards this. Of course, the lag of “Istanbul Bashakshehir” from the saving 17th line is only one point, but in terms of play, the team has a lot of problems. In attack, nothing really works out, and the guys concede an average of 1.59 goals.

Against the background of such an opponent, “Fenerbahce” looks like an absolute favorite. Moreover, the “yellow canaries” are the best on the road. True, we will still insure ourselves, since owners are in the relegation zone and a cornered beast, as we know, is always dangerous. We take a victory Fenerbahce with a handicap (0) for the odds of 1.53.