Israel vs Austria: prediction for the match of the U19 Championship

Israel vs Austria: prediction for the match of the U19 Championship 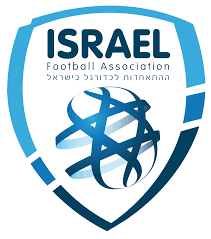 The head-to-head history includes two matches, in each of which Austria was stronger. The last game took place five years ago in qualification for the European Championship. Then Israel lost with a score of 0:2, conceding both goals at the end of the meeting.

The Israeli national team had an excellent test of strength on the eve of the European Championship. They played two friendly matches against France, drawing in each of them with the same score 1:1. Nevertheless, the team approached Serbia as an outsider in the first round. However, they were closer to victory, as they allowed the opponent to level the score in the third minute of stoppage time with a score 2:2.

Austria sensationally made it to the European Championship, being ahead of Spain and Denmark in the group. And in the first case, they bounced back, losing with a difference of two goals. However, the team could not repeat this in the first round of the group stage. In a duel with England, Austria was seen as an outsider. As a result, they missed two unanswered goals, although she had moments to close the backlog in the long run.

The favorite of the upcoming meeting is Austria. They will still have a chance to reach the playoffs in any outcome, except for defeat. Therefore, the team should expect an attacking game. However, Israel performed well in the duel with Serbia in terms of attack. Therefore, it is worth choosing the option in which both teams score.

Our prediction is for both teams to score for odds of 1.51 in 1xBet bookmaker.