Dynamo beat Gent in the third qualifying round of the 2010/11 Champions League. It was the debut of the Belgian club in the main European competition. At the stadium "Dynamo" named after Valery Lobanovsky, the Kyivites won 3:0 and then developed their success in Belgium - 3:1.

The last draw of the Belgian championship was completed ahead of schedule due to the pandemic, which partially played in favor of the “buffaloes”. At the time of the forced pause in the tournament, they were in second place. This line remained with them throughout the campaign and provided a chance to play in the group stage of the UEFA Champions League.

To break into the group of the main European Cup tournament is the main goal of the team at the beginning of the season. There are chances for this, but so far "Gent" does not look its best. In the national championship, the team played six matches, but scored only six points. The Buffaloes have achieved two victories and four defeats. In the last qualifying round of the Champions League, the Gent players dealt with the Austrian Rapid, beating them 2:1.

For several years now, the Kyivans have not been able to compete on equal terms with Shakhtar Donetsk in their homeland, but they continue to remain the second team and get their chance to play in the Champions League. This was the case in the last campaign as well, when Dynamo players finished second, 23 points behind the Pitmen. True, the advantage over the pursuing Zorya was only one point.

In the new season the Kyivans held three rounds of the championship and scored seven points in them and this can already be considered a good start. In addition, Dynamo's players won the Super Cup, beating Shakhtar Donetsk in the match 3:1. In the last qualifying round of the Champions League, Dynamo beat the Dutch AZ Alkmaar with a score of 2:0.

In 6 previous UEFA European Cup games at home, Gent has failed to keep its net. In turn, Dynamo has scored in 7 of their last 8 European Cup matches. And the people of Kiev know firsthand how to score on the Gent field. That is why the bet option seems to be very interesting. Both will score. You can bet on Gent - Dynamo Kiev for 1.9 in BC 1xBet. 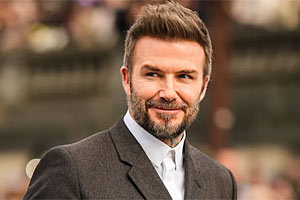