Gamba Osaka vs Kobe: will the hosts not concede?

Gamba Osaka vs Kobe: will the hosts not concede? 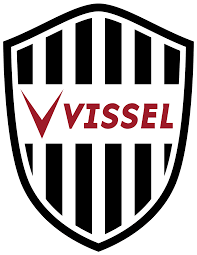 Two of the last five matches players from Osaka ended in a draw, exchanging goals. Gamba's scoring streak is eight matches, while Kobe has two more.

Already in June “Gamba” began to demonstrate to all of us that it was beginning to return to its previous state. Recall that last year the team won silver medals in the championship. This season it will definitely not be possible to repeat such a result. the coronavirus confused all the cards for Masanobu Matsunami's wards.

But in theory, these guys are able to compete for third place. However, for this they need to constantly beat everyone in a row. In this case, the five-game reserve that “Gamba” has, will allow reducing the gap from the same “Kobe” to six points. There are prerequisites for such a turn of events: in four rounds in the championship, they managed to earn 10 out of 12 points, only slightly slipping in the confrontation with Senan (0:0).

In the near future "Kobe" will constantly feel the pressure of persecutors, of which there are a lot and all of them are located in the immediate vicinity of Atsuhiro Miura's team, which is in third place. Moreover, the gap does not help to create even a long unbeaten run in the championship, which currently has seven matches, five of which ended victoriously.

There could have been more wins, but in the last round guests did not manage to retain a fragile advantage in the match against Cerezo (1:1) on a foreign field, conceding the ball in the 89th minute. But it could not be otherwise, when throughout the entire second half you only do what you defend, without even thinking at least about going out to counterattacks.

It seems that today Iniesta and company will be twice as difficult to achieve success, because now their opponent is ready for the match just as well. In addition, for Kobe this fight will be the second in a row on the road and they will have to play for the fourth in three days, which will also not add strength. Therefore, the club from Osaka has every chance to earn at least one point or maybe even all three.

Our prediction is that Gamba will not lose with 1.68 odds from bookmaker 1xBet .

Both teams are not too fond of spoiling the audience with a large number of goals. The hosts in this list, for obvious reasons, are in last place with an average number of goals scored per game of just 1.4. But even in the last rounds the indicator did not grow, which does not add optimism regarding the breaking of the top total.