Galatasaray vs PSV: is all lost?

Galatasaray vs PSV: is all lost? 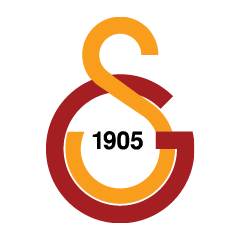 The start in the Champions League turned out to be very successful for PSV. In the first match they managed to defeat Galatasaray with a score of 5:1. But the team has yet to finish what it started.

Galatasaray fought desperately for the championship title last season, but lost it to Besiktas, lagging behind the Black Eagles only due to additional indicators. The first official match of the season, Fatih Terim's team played against PSV in the Champions League qualification and suffered a crushing 1:5 defeat from the Dutch, which is practically a verdict.

PSV, like his rival today, also failed to secure the title in their national championship last season. Roger Schmidt's team dropped out of the championship fight in the first round, being 16 points behind Ajax. The start of the new season turned out to be great for the “red-whites”. The 5:1 victory over “Galatasaray” allows us to think about the next opponent.

Galatasaray showed in the first match that it is still far from being in optimal shape. In terms of the selection of players, the "lions" are no longer as formidable as a few years ago. PSV achieved the desired result without any problems. Today, the “red-whites” will certainly strive to build on their success. Today they are objectively stronger and they will certainly win in Istanbul.

We believe that the hosts have no chance. Prediction is for Asian handicap (0) at PSV. In BC 1xBet such an outcome is offered with odds of 1.70.

“Galatasaray” has very few real chances of passing, but today the “lions” will certainly be active in the attack. There is nothing much to lose. It will not be difficult for the Turks to score at home, but at the same time PSV will hardly sit out in defense and will give an answer to any action of the opponent.

Our second bet will be for both to score. This bet can be placed for 1.60.