Fulham vs Crystal Palace: how will the London derby end? Prediction | Odds2win.bet

Fulham vs Crystal Palace: how will the London derby end? Prediction | Odds2win.bet

Fulham looks like the weakest club in the Premier League on paper and in performance. “Summer residents” seem to be not ready to play at such a high level. However, Scott Parker's wards earned somehow the first point in the last round. Fulham managed to draw away with Sheffield United (1:1).

Moreover, judging by the debut of the championship, the “summer residents” partly progress from match to match. In the first three meetings, Fulham lost to Arsenal (0:3), Leeds (3:4) and Aston Villa (0:3), then there was a minimal fiasco from Wolverhampton (0:1) and here's the first point with Sheffield.

Judging by meetings in the Premier League, Fulham play better away than at home. After all, it was at Craven Cottage that the team was defeated twice (0:3). Only the League Cup does not confirm this theory, where Fulham won at home and lost to Brentford on the road (0:3).

Fulham has two injured players: Harrison Reed and Joachim Andersen. Josh Onoma, Jean-Michel Sery, Kevin MacDonald and Stefan Johansen were not on the list for the first half of the season.

Crystal Palace had a good start. Roy Hodgson's players beat Southampton (1:0) and Manchester United (3:1) in first rounds. However, in the next three fights, the "eagles" earned only one point. Crystal Palace lost to Everton (1:2), Chelsea (0:4) and tied with Brighton (1:1).

After five rounds Palace is in 14th position, being two points behind the fourth Leicester.

In the first half of last season, Hodgson's team played well on the road. However, then we flunked the ending. Crystal Palace is approaching the upcoming clash with one win in its previous six away Premier League matches. The "glaziers" lost the remaining five matches.

Crystal Palace is rather unstable and difficult to predict for Premier League club. Roy Hodgson's charges can beat the favorite on the road and then lose at home to the middle peasant. However, even on the road the "eagles" are rarely inferior. For the entire last season, out of the outsiders Palace was able to beat only Aston Villa at home. They drew with Norwich and Watford, but lost to Bournemouth and Brighton.

Our prediction is that Crystal Palace will not lose + total under 3.5 for 1.85 in BC 1xBet. 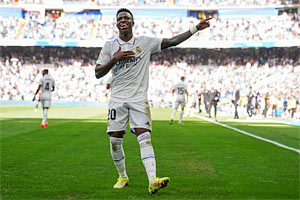