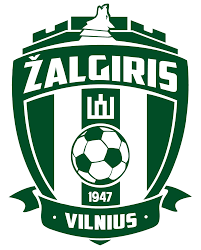 In the past two matches Ferencvaros have scored in the second half.

Last season Ferencvaros easily won another league title, qualifying for the Champions League. In the summer the team was led by Peter Stoger and it was under his leadership that the Green Eagles left Pristina from Kosovo behind in the tournament. A 3:0 home victory in the first match allowed the Hungarians to play in the second leg by the result, but there, with a score of 3:1, they turned out to be stronger than the opponent.

Zalgiris has also already managed to pass one qualifying round. The team of Vladimir Cheburin got into rivals "Linfield" from Northern Ireland and already in the first match made a serious step towards the passage, beating opponents with a score 3:1 at home. Away, the “green-whites” did not become modest and won another 2:1 victory, fully confirming the status of the pair's favorite.

In the confrontation with "Pristina" “Ferencvaros” showed that they are in excellent shape and are determined to once again break into the group. Zalgiris is undoubtedly a stronger rival, but the Green Eagles have much more experience at this level, while the hosts have a huge advantage in the selection of players.

We believe that guests have nothing to count on. Prediction is for Asian handicap (-1.5) on Ferencvaros. In BC 1xBet such an outcome is offered with a coefficient of 2.05.

Ferencvaros will definitely strive for victory within their native walls and will certainly rely on the attack. “Zalgiris” is not famous for its reliable defense. The Lithuanians concede on a regular basis, but at the same time, the guests are unlikely to remain without their goal today.

Our second bet will be both goals. This bet can be placed for 1.92.