England vs Senegal: Prediction for the World Championship | Odds2win

England vs Senegal: Prediction for the World Championship | Odds2win 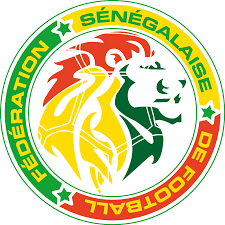 The British played good football and confidently advanced to the 1/8 finals from 1st place. The Senegalese have been waiting for the playoffs for 20 years, so this is already a victory for them.

For 56 years, the England national team has been on the verge of major international success. A forced victory in the last group stage match against Wales only added to the excitement around Gareth Southgate. For the first time since 2006, his wards led the World Cup group, while never losing. In addition, their nine goals scored are the second most in any World Cup final, including knockouts.

Here it is worth noting that it was in the game with fellow countrymen that the British scored for the 100th time in the main tournaments of the planet. Two goals conceded in the duel with Iran left an unpleasant aftertaste, but the overall success against the background of the second place in the group at EURO 2020 is an excusable prank.

Southgate is pleased with the discipline in the team and the fact that his team coped with serious fan pressure. High expectations from today's game, because the “three lions” are opposed by a completely passable, but maximally motivated and proud opponent. White will not be able to take part in the game today for personal reasons.

Even at the start of the 2022 World Cup, it was predicted that the final game between Senegal and Ecuador would determine who would claim second place in Group A qualification, for which they twice celebrated success with Qatar and the representative of South America (2:1).

This success allowed them to become the third team from Africa in the playoffs and only the third country to qualify for the World Cup. There is a chance to become the first team in history to beat England in this championship. In 2018 the national team failed to make it to the playoffs, losing a place in the tie-break under the rules of "fair play", but today for the first time since 2002 they will deservedly enter the field at this stage.

It is noteworthy that team coach Aliou Cisse led the Senegalese on the field as captain 20 years ago at this stage of the World Cup. Today Kuyate and Guye, who have too many cards, will not play. More todays football predictions can be obtained from the link provided.

In this match, we will give preference to the England team. Gareth Southgate has won 11 World Cup finals so far, more than any other national team coach. We believe that the talent of a mentor and an excellent selection of players will put the African team in its place, while the “three lions” will be able to do this due to the quality and experience of the performers.

Our prediction is an Asian handicap (-1) for England and we bet on it through the 1xBet bookmaker line with a coefficient of 2.12.

We assume that in this game we are waiting for an abundance of attacks from both sides, while Gareth Southgate has more great players in the clip, not only in defense, but also in attack. Moreover, Marcus Rashford played out, becoming the first Manchester United player since Bobby Charlton to score three goals in a major tournament for England.

Second bet is for England to win by two goals at 4.50. We recommend visit the page free melbet promo code in Pakistan