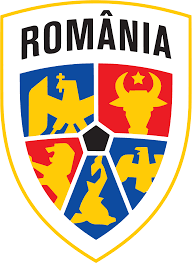 England have scored in four of their last five home matches. In the last two matches of Romania penalties were awarded

The England national team is not very successful this year yet. In the League of Nations Gareth Southgate's team played very poorly. In the group with Belgium, Denmark and Iceland, the British took only the third place. However, in the selection for the World Cup, the England national team did not make mistakes. After three rounds, the British were the first in the group with nine points.

A few days ago, England beat Austria in a friendly match. Bukayo Saka's debut goal for the national team was the only and victorious one.

The Romanian national team missed the opportunity to improve their class in the League of Nations. The "tricolors" lost the fight in the group of Austria and Norway, but retained their registration in League "B", being ahead of Northern Ireland by six points. In qualifying for the World Cup, Mirel Radoi's team started with a 3:2 victory over North Macedonia, but two defeats in a row from Germany (0:1) and Armenia (2:3) rolled the team back to fourth place.So, what is the successful soccer prediction?

The England squad is sure to be on top of the game for Euro 2020. Southgate has excellent matchmaking and competition in every position. There will be no other chance to prove to the reservists, so the British are unlikely to have problems with motivation. Romania is seriously inferior in class and is unlikely to be able to give a serious fight.

We believe that the owners will not have any problems. Prediction is for Asian handicap (-1.5) for England. In 1xBet such an outcome is offered with odds of 1.80.

England has a very solid line of attack even with heavy rotation. Romania is not reliable in defense and it will be almost unrealistic to stay dry, but at the same time the young attack of the “tricolors” will certainly be able to give at least one effective answer to the favorite.