Elche vs Valencia: is it all gone? Prediction | Odds2win.bet

Elche vs Valencia: is it all gone? Prediction | Odds2win.bet

Valencia have failed to score in 6 of their last 10 away matches. Elche have scored in only 1 of their last 5 home games. Valencia won 3 of their last 4 head-to-head matches. The last personal match ended with the victory of Valencia (4:0).

"Elche" managed to get into the Primera by some miracle. The team confirmed that it is necessary to believe and fight to the end, which ultimately brought the coveted ticket to the elite division of Spain.

In the short offseason the club did not receive much reinforcement. The team was strengthened by players with experience in playing in La Liga and several loan players.

The start of the new championship for the "green-striped" can be called quite successful. After the defeat in the first round, which is the only one for hosts, the “white-greens” beat Eibar (1:0), drew with “Huesca” (0:0) and in the last away duel they beat the sinking Alaves (2:0).

Today Sanchez, Boye and Cifuentis, who has a sprain, will not be able to participate.

At the end of the last season, Valencia changed two coaches and eventually slipped to ninth place, leaving their fans without even the Europa League. In the summer the team sold out 60 million players and on July 27 signed Javi Garcia, to whom an unlimited number of talented youth were given.

Calling the start of the new championship a successful one does not raise a hand. They have two wins and a draw in six matches and 13th place after today's opponent. The last two matches the "orange" lost to "Betis" (0:2) and "Villarreal" (1:2), for which we gave a forecast.

Kondogbia and Mangal will not be able to take part in today's duel.

Elche entered the Primera well, but so far the results of the championship are far from logical. Valencia staked on youth, but it should be noted that the team has very high-class performers, including seven active players from their national teams.

In our opinion, today there was no better opportunity for “bats” to show their class and skill. We are expecting the victory of the "orange" ones, on which we offer to play a bet.

Our prediction is that Valencia will win and we bet on this on the line of BC 1xBet with odds of 2.31. 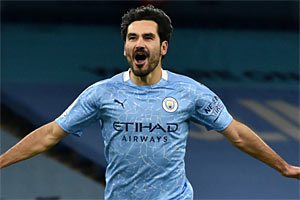