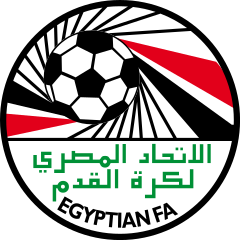 The Egyptian national team will hold their 12th final Olympic tournament. Last two tournaments have gone differently. In 1992 the African team failed even to make it to the playoffs.

After a long break the "pharaohs" started at the 2012 Olympics. In this tournament, no one prevented the Egyptian team from taking second place in the group and reaching the playoffs. In the first game of the Olympic Games-2020, the Egyptian team managed to keep Spain (0:0).

The Argentina national team was assembled all over the world. The team includes representatives from eight different championships, while only local players were invited to the previous matches of the national team. "White-blue" in the whole history won silver medals twice and gold medals once.

At the 2016 Olympics in Brazil, Fernando Batista's wards were unable to break through the group stage of the tournament. In the first game of the current draw, the nominal guests unexpectedly lost to Australia (0:2).

In the first game Egypt managed to hold off the onslaught of Spain, which the Africans achieved through colossal dedication and high motivation. Argentina, most likely, did not fully realize what kind of opponent awaits them, but by the second game we expect maximum concentration from the “blue-white”.

Our prediction is the victory of Argentina and we bet on this on the line of BC 1xBet with the odds of 1.81.

In our opinion, the line of defense will dominate on the field today. We assume that everything will be decided by 1-2 goals and we will play a bet on that.