Dynamo Dresden vs Paderborn: will the home team win?

Dynamo Dresden vs Paderborn: will the home team win? 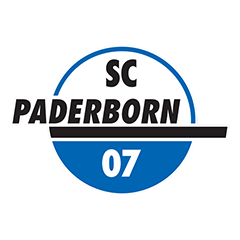 Wards of Alexander Schmidt prepared well for the new season, as they won three out of four friendly matches, which is a good result. Thanks to this foundation, the team got off to a good start in the Second Bundesliga.

Dynamo Dresden defeated Ingolstadt in the first round (3:0) and Christopher Daferner chalked up a double. In the next match the club from the capital of Saxony made a big bet on defense, as the match was away against Hamburg (1:1). The turn has come to test their strength in the German Cup and it seems that the team is ready.

The club from the city of the same name finished the last championship in the middle of the standings, so this season the task is to improve the result, as well as perform well in the German Cup. Paderborn started with two draws, but this is only the beginning.

At first, Lucas Kwasnek's guys shared points with Heidenheim (0:0), while in the last round there was an effective draw with Nuremberg (2:2). It is noticeable that the team is trying and trying to progress, but do not forget about the competition, which is present both in the Second Bundesliga and in the cup. For more free football predictions follow the link.

If you look at the latest results, Dynamo Dresden looks more confident. The team is not afraid to attack and this is the most important thing. Paderborn are defensively acting and it seems that the club has not yet fully engaged in the fight. In our opinion, owners are better prepared, which will help them go further.

Our prediction is for the passage of Dynamo Dresden odds 1.80 in BC 1xBet.

Since this is the start of the season and teams are full of strength, we expect open and attacking football, especially since both opponents have shown that they know how to score. In this case, we suggest paying attention to the total more.