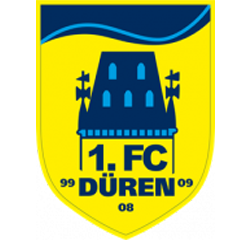 At the official level teams have not met before. This state of affairs should be associated, first of all, with the low status of Duren, which, even at the German level, is not among the well-known clubs. Therefore, it was not difficult to foresee such a joke of the lot, which teams had never played before.

We have to try hard to find out about the Duren club. Note that the club was founded just three years ago and plays in the Oberliga, in the fifth most powerful division. In the last unfinished championship, the team was the second, but only the first club is promoted in the class. Duren qualified for the German Cup for the first time, immediately hitting Bayern itself. For most footballers of a modest team, this day will be unforgettable. The club started their season well at Oberliga, winning three out of three matches. At the same time, Duren is far from the leaders, as other teams played 5-6 games.

The Bavarian Munich needs no introduction. The team collected all trophies last season. Munich started well this season, too, winning the UEFA Super Cup and the German Super Cup. In the Bundesliga, the team has 6 points in three games and is fourth, having victories over Schalke - 8:0 and Gerta - 4:3, as well as a defeat from Hoffenheim 1:4. Most of the team's players played for their national teams, so they will arrive right before the match. Hansi Flick will surely use reservists against such an opponent.

It is clear that teams have never crossed before. Not all bookmakers even accept bets on the victory of Bayern, because this is a match, practically against an amateur club. Duren is listed first, but the game will take place at the Allianz Arena in Munich. With a high probability, the Bavarians will not play as a base, because many players will return after the national teams. Even under such conditions, we are waiting for a one-sided game and bet on the victory of Bavaria with a handicap of -5.5 goals.

"Winning Bavaria with a handicap of -5.5 goals." The 1xBet bookmaker offers a coefficient of 2.22 for such an outcome.