Dijon vs Rennes. Will "Owls" deprive the "Bretons" of leadership? Prediction | Odds2win.bet

Dijon vs Rennes. Will "Owls" deprive the "Bretons" of leadership? Prediction | Odds2win.bet 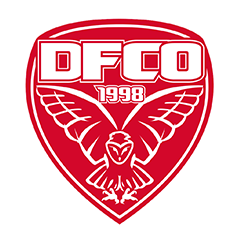 Clubs played among themselves only ten times, with four wins for each team, with two draws. Last season teams managed to play only once. Dijon won at home with a score of 2:1.

After six rounds footballers of Stephane Zhabara became the worst team in France, as they drew only once with Montpellier (2:2) and lost the rest of matches. The statistics of goals scored and conceded is terrible (3-13).

And such a club will compete with the first number in the standings. The owls’ coach definitely needs to reconsider his approach to the game, especially in defense. But Dijon is an inconvenient opponent for Rennes. They have beaten the current leader in their last three games. So now they will fight for points and they need them like air.

In the last round the “red-blacks” already lost points with “Reims” (2:2), so they will be organized and determined to win the match. At the moment Julien Stefan has a lot of players in question: Niang and Terrier are injured and Nzozi will not play because of the bust of yellow cards. And all these important players are clearly not to be missed on the field.

But then there is a new replenishment in the form of Rugani, Dalbert and Doku. All these newcomers have something to prove to the coach and he will give them the opportunity to declare themselves by providing playing time.

The meeting clubs are not very reliable in defense. "Rennes" always expose the rear and do not have time to roll back to defense, so that "Dijon" will have chances to score and as statistics show us, the leader of Ligue 1 likes to do this. Therefore, we would like to consider a bet on this match that both teams will score.

Our prediction is that both will score. In bookmaker 1xBet, such an outcome is offered with odds of 1.87.