Daegu vs Jeju United: prediction for the championship of South Korea

Daegu vs Jeju United: prediction for the championship of South Korea 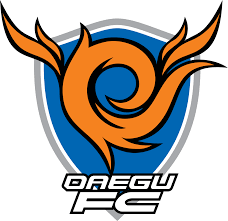 Their last match took place on April 2nd, 2022 and it ended with the score 0:0. If we look at the entire history of head-to-head matches, then it shows 33 games in which the Daegu team came out victorious in 9 matches, while the Jeju club beat the upcoming opponent 15 times. In 9 meetings the opponents could not determine the strongest. The statistics of goals scored and conceded shows the following difference 35-54.

Last season Daegu pleased the fans, managed to get the final third place and reached the final of the South Korean Cup. The start of the new championship did not please with the results. Alexander Gam's wards chalked up four wins and seven peaceful outcomes, which brought 19 points and the seventh position in the standings.

The attacking line played well, which brought 23 goals, while the team conceded a lot. In the last two rounds the Blues have drawn with Pohang Steelers (2:2) and Seongnam (1:1).

Jeju United is celebrating its 40th anniversary this year. Last year the team performed brilliantly and eventually took the fourth final place. The start of the new championship brought only positive emotions. The team has seriously improved and today remains a contender for victory.

In this game, we will give preference to the visiting team, who look very decent today and are able to take control of the game. Most likely, Daegu will try to fight, while the team is unlikely to have a chance to win the game with the favorite. In addition, Jeju have won 3 of their last 5 away matches.

Our prediction is the victory of Jeju and we bet on this through 1xBet BC with a coefficient of 2.56.

We assume that in this game we are waiting for the maximum concentration traditionally for personal meetings in defense, which can bring maximum tension in the center of the field.