Croydon Kings - Blue Eagles: what will the teams show?

Croydon Kings - Blue Eagles: what will the teams show?

In these matches you can always watch the passions both on the field and in the stands, because these are principled rivals, so the fans are very active in the stadium and the players will fight until the final whistle of the referee.

“Croydon Kings” has a good start to the season, thanks to which he managed to take the middle of the table. Today the team is in seventh place. For four rounds, the club scored five points. “Kings” lost with a minimum gap in the first game of the championship in a duel with “Pair” (1: 2). But then everything turned out more successfully, hosts go on a series of three matches without defeat.

The team of Angelo Costanzo has one victory and two draws; the winner was not found in the confrontations with Adelaide U21, Campbelltown City. In both meetings the score was 1: 1. The team also performs well in attack, scoring in all four games. The result of the previous match was a victory over Adelaide Raiders (2: 1), the opponent’s only goal was from the penalty spot in extra time.

The Blue Eagles frankly failed and now has one point. Guests are located on the last line. The Eagles are the ones who have not yet won victory in the league. The first and only point was obtained in the second round with Adelaide City (1: 1). In the following games there were only failures, at first guests were defeated by Adelaide Raiders, the goal of the opponent in the 30-th minute became decisive.

Further, in the last match, Metro Stars did not leave a chance to win and confidently beat the “blue”, having hit the gate twice and they could not answer even one.

"Kings" confidently started and have already gained momentum and the opponent loses to everyone. “Blue Eagles” is not in a condition to oppose something to the opponent. Hosts show themselves very well on the defense line and often make no mistakes. Guests were able to score only three times from the beginning of the season. We think that Croydon Kings will take the next three points in the piggy bank.

Our forecast is the victory of Croydon Kings in BC 1xBet for 1.75. 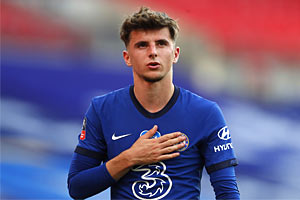