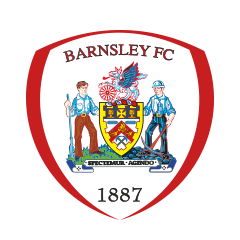 Teams played at the official level 3 times. In the 1997/98 season, Chelsea won twice in the England elite division (2-0 home and 6-0 away). In March 2008 the clubs met in the FA Cup quarter-finals and Barnsley won a sensational 1-0 win.

Chelsea met with the reigning champion of the country Liverpool already in the second round of the Premier League. The aristocrats played very poorly, despite the home status of the fight. They had removal in the first half, two quick conceded goals in the second half (the second goal is completely on the conscience of the goalkeeper Kepa), an unrealized penalty from Jorginho. Chelsea clearly lacks teamwork and the club's newcomers are not in top shape. Havertz had to be changed during the break in the match with the Lersisides. For the cup match we are expecting a change in the composition of the “pensioners” by at least 50%. Lampard proved himself in the last championship as a coach capable of changing the basis after unsuccessful performances.

Barnsley was somewhat sensational in the Cup 1/32 final away from Middlesbrough. The club started badly in the Championship, they got two defeats in the first two rounds. A certain stiffness can be seen in the actions of Struber's charges. As in the previous season Barnsley is trying to play reliably in his half. But stronger rivals with fast and tenacious attackers still beat the mongrels. Although Barnsley's aggression is also in order. In the last meeting with Reading the referee even had to remove two team players.

The difference in class between teams is very noticeable. Even if Frank Lampard gives leaders some rest and plays off the main squad, Barnsley will have very little chance. Yes, the Miners played well in the first and second rounds of the League Cup, but in the same Championship they had two dry defeats. In our opinion, there is no need to wait for a sensation.