Celtic vs Midtjylland: will the Celts have problems?

Celtic vs Midtjylland: will the Celts have problems? 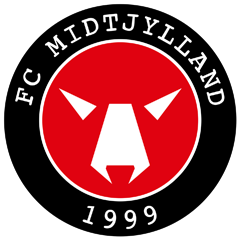 Midtjylland conceded in the last three matches in the first half.

Celtic frankly failed last season. Even in the middle of the tournament distance it was obvious that the Rangers would not be able to compete. As a result, the Celts finished second, losing 25 points to the Jersey.

Such a result could not satisfy the management and personnel changes were not long in coming. Anghe Postekoglu, who had not previously worked at such a high level, was called to correct the situation. As for the squad, it certainly makes sense to note the departure of Scott Brown, the longtime captain of the Celts, who has almost four hundred appearances for the club.

The losses should be compensated by Kego Furuhashi, acquired from Kobe for 5.50 million euros and Liel Abada, bought for a decent 4 million by the standards of the Scottish Championship from Maccabi from Petah Tikva.

Midtjylland also fell short of the fans' expectations last season. Being the main contender for the title, the club managed to lose the fight not even to Copenhagen, but to Brondby, which took the gold, coming off just one point in the table. Obviously, such a result put an end to Brian Priske's career at the helm of the "wolves". Bo Henriksen will have to return the team to the "Olympus".

Midtjylland have already played one official match in the new season. In the first round of the championship, the Wolves were far from the main squad losing 1:2 to Odense at home.

Celtic had a short preparation for the season, playing only four games, but Midtjylland is still far from being in optimal shape, so the Celts are unlikely to be inferior to their opponent in this regard. As for experience, Celtic certainly has much more of it in European competitions. Anghe Postekoglu's squad is more than solid, the Celts are quite capable of winning at home.

We believe that the owners will not have any problems. The prediction is Celtic's victory. In bookmaker 1xBet such an outcome is offered with odds of 2.07.

Our second bet will be both goals. This bet can be placed for 1.78.