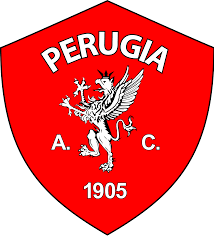 Cagliari and Perugia have played with each other 18 times. The future hosts have 5 victories and the guests have 8. In the 21st century teams have played only 3 matches between themselves. Each side has one victory, with one world outcome.

Cagliari finished 18th in Serie A last season, which sent the team to Serie B. The Islanders were actively working in the transfer market. Someone left the club and someone came to replace. Among the most significant acquisitions, we highlight the transition of Antoine Macumba, Gianluca Lapadula and Raul Bellanova. The club played three control matches, in which they won two victories.

Perugia finished eighth in Serie B last season. The club went to the playoffs, where they failed to cope with Brescia. The team lost in extra time with a score of 2:3. Let's note some significant transfers during the summer transfer window. Thiago Casasola, Milos Vulich, Giuseppe Di Serio and Marcos Curado were signed. The team played two friendly games before the season, where they won one and lost one.

There is a favorite in the confrontation, of course, it is Cagliari. The Sardinians are still stronger in terms of the composition of the future opponent, although they lost some players in the summer transfer window. At home, the wards of Walter Mazzarri will try to get a landslide victory and start the season on a positive note.

Prediction is for the victory for Cagliari. In BC 1xBet such an outcome can be taken with a coefficient of 1.91.

Goals can be expected from this match. Both teams have shown themselves in attack in recent matches. There are high chances that we will see an exchange of goals scored and a productive victory for the hosts.