Borussia M vs Arminia:prediction for the Bundesliga match | Odds2win

Borussia M vs Arminia:prediction for the Bundesliga match | Odds2win 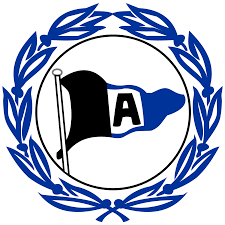 At the start of the new season Borussia has some problems with their condition, which negatively affects the set of points. After three rounds, Adi Hutter's charges are in the rear of the table with one point and have already conceded seven goals. In addition, the stallions have lost many players due to injuries and Laszlo Benes, Stefan Liner and Markus Thuram will not be able to help the club in the game with Arminia.

In the last round, the team was minimally inferior to the capital "Union Berlin" (1:2), although it had an advantage in all game aspects, but was able to score one goal only in stoppage time.

Arminia under the leadership of Frank Kramer started with three draws and with three points occupies 12th place in the overall standings. The club has conceded only twice and this is one of the best defensive indicators of all Bundesliga teams. In the last round, the "blue" houses parted with Frankfurt "Eintracht" (1:1), having won back at the end of the second half. Defender Amos Pieper will not be able to help his teammates on the road due to injury. More regularity of tips prediction can be obtained from the link provided.

Borussia won four previous head-to-head confrontations and have not lost to an opponent for 18 years. On the side of the "stallions" there is a more classy and experienced squad, the home field factor and tournament motivation. The owners desperately need three points and it is desirable to do this in a confident style to raise the team spirit.

We believe that Arminia's good results were primarily due to the level of the opponents in the previous rounds, but guests, in our opinion, will not pass the test of such an experienced opponent and will once again give way, which we propose to take advantage of.

Our prediction is an Asian handicap (-1) against Borussia. 1xBet offers odds of 1.84 for such an outcome.

Head-to-head meetings between clubs almost always take place in an attacking manner and end very effectively. There is every reason to believe that the next meeting will not be an exception. The hosts need to score and preferably more, while the guests know how to handle the ball and can punish the opponent in a counterattack. We believe that the confrontation will be held openly and will bring a lot of goals.

Place a bet with 1xbet promo code in Nepal on the line odds of 1.84.