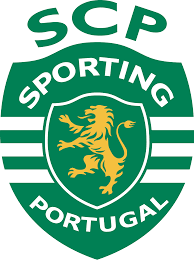 Borussia is far from perfect at the start of the season. Marco Rose's team lost the German Super Cup to Bayern and the league is still unstable. After six rounds the "bumblebees" are on the fourth line of the Bundesliga, having 12 points in the table. The gap to Bayern is already four points, Wolfsburg and Bayer are just one point away.

In the last round Borussia faced problems in Moenchengladbach without a number of key players. In the first half, the local Borussia opened the scoring and at the end of the first 45 minutes Borussia Dortmund was still in the minority. The 0:1 defeat could not be avoided.

In the first round of the Champions League, Borussia beat Besiktas with a score 2:1 away without any problems, conceding from an opponent in stoppage time.

Sporting made a great start last season, which helped the team eventually win the league title. However, Ruben Amorim's new team failed to repeat this achievement in the season in full, while it is on the third line in the table. At the same time, the leader in the person of Benfica is at a distance of four points, which is not yet critical.

In the last round of the championship, Sporting was clearly saving energy for the Champions League, for which it almost paid. Until the 98th minute "Maritimo" held a goalless draw, but brought a penalty kick into their own net. Pedro Porro brought the team three points with a shot from the spot. In the first round of the Champions League, the Lions frankly failed, losing 1:5 to Ajax. Another defeat could be fatal in the context of the fight for the playoffs. More football match prediction can be obtained from the link provided.

Borussia for today's match was left without a number of key players. Marco Reus, Julian Brandt, Niko Schultz, Emre Can will not play. Erling Holland and Giovanni Reyna missed the last championship match. Their participation in today's meeting remains in question. Obviously, such losses will weaken the Bumblebees and Sporting's chances of success will definitely increase.

Despite the failure in the fight with Ajax, the Lions generally have a high-quality defense. Given all the problems of Borussia, at least they are quite capable of avoiding a major defeat.

We believe that the defeat will not happen. Prediction is an Asian handicap (+1.5) on Sporting. In bookmaker 1xBet such an outcome is offered with odds of 1.89.

Borussia has serious personnel losses, but the key player Erlin Holand will probably have time to recover, at least to help the team in the second half. It will not be easy to beat the well-organized and counterattacking “Sporting”, but the “bumblebees” are capable of snatching the minimum victory in the class.

Our second bet will be Borussia's victory by one goal. This bet can be placed for 3.85.

We recommend visiting the page best betting site in bangladesh and place a bet on the line of 1xBet with odds of 1.89.