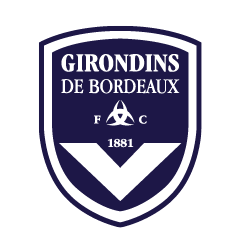 Lyon have won 2 of their last 3 games. Bordeaux have lost only 1 of their last 8 matches. Both opponents scored in the last eight head-to-head matches of today's guests. The last personal meeting ended with the victory of Lyon (2:1).

The six-time French champion following the results of the past season, which turned out to be shortened and crumpled, managed to get only 12-th place, which is far from the European competition zone. Bordeaux managed to score nine victories and ten draws, which brought the final 37 points and 12-th place in the table.

The most offensive for the fans is that the Girondians lacked only four points before the coveted trip to Europe. The "dark blue" 40 times hit the gate of opponents, including seven goals on account of Briand. The ending of the tournament for Paulo Sousa's charges turned out to be unsuccessful: defeat and three draws.

The start of the new tournament with hosts can be called successful. In the first duel, the Girondins parted ways with Nantes (0:0). Before the break for the national teams, hosts of today's match on the road beat Angers (2:0).

Lyon could not get a ticket to the European competition for the next season. The Weavers managed to play 28 rounds, during which they won 11 victories and finished seven games in peace, which brought 40 points - one point less than teams from the Europa League zone.

The "aristocrats" have the second best line of attack, which managed to hit the opponent's goal 42 times. The main goalscorers of the team are Dembele (16 goals) and Depay (9).

After a brilliant performance in the final of the Champions League, where the “aristocrats” reached the semifinals, losing with a minimum score to the owner of the main club trophy in Europe, the “children” started the League1 tournament on a positive note, confidently beating Dijon (4:1), for which we made a forecast.

A few years ago "Bordeaux" thundered all over the world and it was extremely difficult to cope with the "Girondians". The start of the new season has already brought hope for the home team's fans for common success.

Most likely, we will play on a collision course, while we do not see a clear superiority of any of the opponents, for which we propose to play a combined bet. We hope that opponents will continue to score goals.

Our prediction is that Lyon will not lose + both will score and we bet on this from BC 1xBet with odds 2.20