Bolivia - Ecuador. Will guests be able to fight? | Odds2win

Bolivia - Ecuador. Will guests be able to fight? | Odds2win 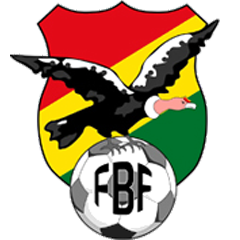 In general, Ecuador has a clear advantage in matches in the pair. But in the last 4 matches, Bolivia even had a victory. The first one since 1997, as well as a draw at home.

The Bolivians lost to Brazil with a score 0:5 and to Argentina with a score 1:2 in the first two rounds. It is possible to discount the fact that these are the two strongest teams in the qualifying group and it is true. But it is also true that the home team is one of the weakest teams in South America in terms of player selection. Almost all players who play for the Bolivian national team represent the local championship. Have we heard a lot about the Bolivian championship and how many Bolivian players play for decent European clubs? In the ranks of the national team, there are two Mexicans playing for Puebla and one Chinese. That's the whole International.

Guests scored 3 points in the first two matches. Having lost to Argentina with a minimum score, the Ecuadorians beat then one of the favorites of the tournament, Uruguay with a score 4:2 and occupy the 5th place, which is the play-off zone (the first four go directly to the final tournament). Frankly speaking, the composition of the national team is also not stellar, but, nevertheless, it is stronger than that of their rivals. Three players in the Ecuadorian team play in Europe, for Krasnodar, for Turkish Malatyaspor and German Augsburg, one for Brazilian S?o Paulo, almost half of the team plays for Mexican clubs. More scientific football prediction today can be obtained from the link provided.

In this confrontation guests are obviously stronger, which can be seen from the statistics, but still, Ecuador's home field is partly equalizing the chances. And the same statistics show us that in almost all home games, regardless of their outcome, Ecuador scored. There is no doubt that hosts will try to take their first points in this match, which means they will attack and, most likely, score. We choose "both will score" for 1.73.

Place a bet on the line of 1xbet promo code india with odds of 1.73.