Benfica vs Spartak Match Prediction: what choice to make?

Benfica vs Spartak Match Prediction: what choice to make? 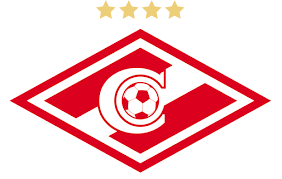 In two of the last three matches, Spartak have scored in the second half. In the first match against Spartak, the Lisbon players dominated the pitch, having coped with the rival without any problems.

Benfica played last season without much success, allowing both Porto and Sporting to outflank itself and the Eagles were also left without the Cup of the country, yielding to another principal rival in the person of Braga. However, this season the team of Jorge Jesus intends to rectify the situation. The team has strengthened in the summer and is clearly betting on the championship title.

Benfica played their first official match of the season in Moscow against Spartak. In the first half the Eagles had an advantage, but they failed to open the score. However, in the second half of the meeting the class took its toll and a 2:0 victory leaves excellent chances to pass. In the first round of the Portuguese championship, Benfica beat Moreirense with a score 2:1 in a difficult match.

Spartak entered the new season with a new head coach in the person of Rui Vitoria. In control matches and at the Parimatch Premier Cup, the red-whites looked solid, but in the first round they unexpectedly lost 0:1 to Rubin. Before the match with Benfica, Spartak beat Krylia Sovetov with a score of 1:0 away and probably hoped to build on their success in the Champions League, but it didn't work out.

Having failed to show anything in front of the goal in 90 minutes, Spartak made a double mistake with their own and Benfica also forgave in a few more moments. A 0:2 home defeat leaves theoretical chances, but in fact the “red-white” need only a miracle. Before the trip to Portugal, Spartak managed to lose 1:2 at home to Nizhny Novgorod and dropped to 11th place in the table. By the way, if you need melbet promo code 2021 India, please follow this link.

Benfica have already secured a very comfortable result before the home match. A two-goal advantage does not oblige the Eagles to open up and run ahead from the first minutes. Despite the need to eliminate two goals of the handicap, “Spartak” is also unlikely to dare to storm outright, but will certainly try to find their chances on counterattacks. The red-white are unlikely to play the first number at “Estadiu da Luz”.

Benfica, as the host and favorite, will clearly try to win this match, but the Eagles are unlikely to strive to defeat and Spartak must have worked on their mistakes. At least in such a number as in Moscow, the Russians are unlikely to be wrong.

We believe that the defeat will not happen. Prediction is an Asian handicap (+1.5) against Spartak. In bookmaker 1xBet such an outcome is offered with odds of 1.65.

Benfica have already achieved the desired result in Moscow and are unlikely to waste their energy on high pressure from the first minutes and endless attacks. At the same time, the eagles will obviously try to win at home and the minimum victory will be enough for the owners.

Our second bet will be a one-goal win for Benfica. This bet can be placed for 3.5.