Atletico Goianiense vs Palmeiras: what will be the outcome?

Atletico Goianiense vs Palmeiras: what will be the outcome? 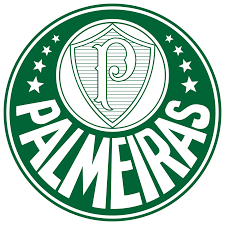 In 5 of the last 6 matches, the "dragonflies" did not score in the starting segment of the game.

Atletico Goianiense are gaining points in their last three matches. Although the fans of the "dragonflies" are still unhappy with the performance of the team. The potential of Jorginho's charges is clearly higher than that shown in this part of the season. This is especially true for actions of the team in creation, which entails a boring goalless game.

As a result, after 10 games played, Atletico Goianiense is in 10th place in the standings with 15 points. However, the team is only seven points behind the top three.

Palmeiras are at their peak this part of the season. This allowed the green-whites to extend their winning streak to five matches. Abel Ferreira's wards feel comfortable in games with attacking and defensive teams, which allows them to dominate in all meetings.

The recent successes of "Palmeiras" enabled the club after 11 meetings held, to lead the standings of the "A" series, having 25 points in the asset. The team from Sao Paulo is ahead of its closest rival by two points.

In this fight guests are the clear favorite. The Green-Whites are in amazing shape right now, playing number one against any club. At the same time, the game of Atletico Goianiense is not impressive right now. They only play with dignity against outsiders.

Our prediction is that Palmeiras will win with a handicap (0) with odds of 1.63 from BC 1xBet.