Aston Villa vs Leeds: how many teams will score? Prediction | Odds2win.bet

Aston Villa vs Leeds: how many teams will score? Prediction | Odds2win.bet

Aston Villa have won all four games this season. The “both to score - no” forecast has played in three of Aston Villa's four Premier League games. Taking into account the last season, Aston Villa have not lost eight matches in a row, having won six of them. Leeds have won six of their last eight matches on the pitch, including last season. Leeds have conceded in four of their five previous Premier League games. In their last 13 head-to-head matches Aston Villa have beaten Leeds only twice. The "total over 2.5" bet has played in only two of the last 12 head-to-head matches.

Few expected such a fast start in the championship from Aston Villa. After five rounds the Birmingham club has a 100% result and is one of two teams, along with Everton, that have not yet suffered a single defeat in the current championship.

In the standings the Villane take the second place, being behind the Toffee by only one point. True, Dean Smith's team played one less meeting. In fact, Ason Villa is a nominal leader in terms of points lost before the upcoming round.

The most striking event in the first four rounds was the victory over the reigning champion of the country - Liverpool, which the Birmingham club spread across the field with a score of 7:2. By the way, the match with Lersisides is the only one in which Aston Villa have missed. In three other fights, Smith's men defeated Fulham 3:0 and more modestly beat Leicester (1:0) and Sheffield United (1:0).

If we consider all the official matches of Aston Villa, then, taking into account the English League Cup, the Birmingham club have won six of seven matches this season.

The personnel situation is as follows. Wesley, Tom Heaton and Kanan Davis are in the infirmary at Aston Villa. Courtney House’s presence is questionable.

The Peacocks have returned to the elite division of English football this season. As for beginners, the team's start can be called quite successful. Marcelo Bielsa has built a truly combat-ready team, which is unlikely to fall behind in the current championship, judging by the first matches.

Leeds announced their fighting efficiency already in the opening round, when they gave a real fight to Liverpool at Anfield, although they lost. Then there were victories over Fulham (4:3) and Sheffield United (1:0). The number of successes also includes the home meeting in the match with Manchester City (1:1). Peacocks were inferior during the match, but managed to show their character and win back. But in the last round against Wolverhamton they failed to save the fight and lost at home 0:1.

Moreover, in the match against the "Wolves" the main defensive player Calvin Phillips was injured. The national team player will now be out of work for at least a month and a half. In addition to him, Adam Forshaw, Gaetano Berardi and Diego Liorente are in the club's infirmary. Perhaps Liam Cooper will not play in the match.

After five rounds in the standings Leeds are in tenth place.

Among the bookmakers, Aston Villa is the favorite of the match and it's hard not to agree with that. The Birminghams have won all four Premier League games. The team scores regularly and the defense is in perfect order.

Leeds are also good at the start, but they still lack stability. In addition, Calvin Phillips took off, and this is already a serious loss. It is unlikely that guests will play on the attack. In the match with Wolverhampton they looked a little too heavy and Aston Villa is still not easy to play from a position of strength.

In our opinion, betting on a grassroots match looks like a good option.

Our forecast is total under 2.5 goals for 2.18 in bookmaker office 1xBet. 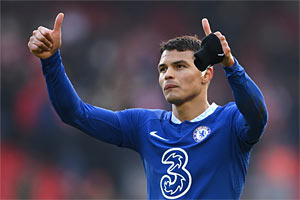