Arsenal vs Molde: is the result clear? Prediction | Odds2win.bet

Arsenal vs Molde: is the result clear? Prediction | Odds2win.bet 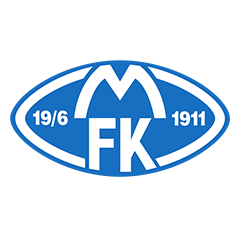 The Norwegians have had a six-win streak in a row since October. Arsenal have won three out of four home matches this season.

If Arsenal is losing, then only in the championship and to serious rivals such as Liverpool (1:3), Man City and Leicester (the score in both matches 0:1). In the Europa League, Mikel Arteta's charges have not had any big problems.

However, there were troubles. In Vienna, against Rapid they had to tinker a lot, because until the middle of the second half the Gunners acted as catch-ups. First, the standard came to the rescue: David Luis played well with his head in the penalty area and leveled the score and after another four minutes Aubameyang completed a magnificent attack with an accurate shot, as a result the score was 2:1.

The situation with Dundalk was much simpler. Goals from Nketia, Willock and Pepe with an interval of four minutes brought the club three points.

Molde won the match of life for themselves a week ago, having achieved a victory over their direct rival Rapid in the playoffs. Erling Mo's team struck three times as many shots on goal (20:6, 7:2 on target). The statistical advantage resulted in a goal performed by Ohi Omoyzhuanfo, which was the only one in ninety minutes.

The chances of a second place in the group would have been lower then it had not been for the victory over Dundalk in Ireland. Although it all started not rosy at all, the counterpart was leading up to the 62nd minute, but Etzaz Hussein's goal turned the course of the game to 360 ??degrees. Ten minutes later Molde converted the penalty kick and brought the match to victory.

Undoubtedly, Molde is somewhat stronger in class than Dundalk, but comparing guests with the Gunners is a stupid idea. The British will try to take three points in an economical mode, having won by a couple of goals. The favorite has no problems with the composition, so nothing should stop them.

Our prediction is that Arsenal will win with a handicap (-1.5) with a coefficient of 1.89 from BC 1xBet.