Arsenal vs Aston Villa: final match of the round | Odds2win

Arsenal vs Aston Villa: final match of the round | Odds2win

Arsenal have won nine of their last 12 home games. Arsenal have beaten Aston Villa in six of their last seven face-to-face meetings. Last season, the Gunners beat Birmingham 3:2 at home, but lost 0:1 away. In the last three matches with the participation of Arsenal, no more than one goal has been scored. In four of the last five matches, Aston Villa played the forecast “total over 2.5”. Aston Villa have scored in five of their six games this season.

The London club managed to beat a very principled opponent in the last round. Arsenal stayed at Old Trafford and, despite their underdog status, took away three full points. The only and, as it turned out, the winning goal scored by Pierre-Emerick Aubameyang.

With this victory, the Gunners interrupted a streak of two defeats in the Premier League. With a minimum score of 0:1, Arsenal have previously lost to Manchester City and Leicester. In general, Mikel Arteta's charges lost three times in seven matches. In addition to the above two failures, they were also left without points in the match with Liverpool (1:3).

But in the rest of the fights, "Arsenal" won exclusively. Fulham was beaten on the road (3:0) and on the home arena with the same score 2:1 there was success in the matches with West Ham and Sheffield United. In general, within the Premier League, the Gunners successfully play in their home arena. For 12 previous meetings at home they suffered only one defeat.

Before the upcoming matches, the London club is in ninth place in the standings, losing only four points to the leader.

In the infirmary are Gabriel Martinelli, Calum Chambers, Mesut Ozil, Pablo Mari and Sokratis Papastatopoulos. Questionable is the presence of Riss Nelson.

Aston Villa surprised with an excellent start in the current championship, but the fuse did not last long. During the first four rounds, the Birmingham club beat Sheffield United (2:1), Fulham (3:0), sensationally defeated the reigning champion Liverpool with a score of 7:2 and unexpectedly took points away from Leicester (0:1).

The luck ended there. In the last two matches, the team did not score, but conceded as many as seven goals. First, Dean Smith's charges were trampled at home by Leeds (0:3) and then they were defeated at home by Southampton (3:4).

After two successive failures, Aston Villa moved down the standings and are now in eighth place. The team has the same number of points on its balance sheet as the Gunners, but is ahead of its future rival due to better performance.

In general, Aston Villa does not play very well on the rivals' fields. For the entire past season, the Birmingham club won only two away wins.

The coaching staff will not be able to count on Bertrand Traor, Tom Heaton and Wesley in this meeting. The presence of Courtney House is questionable. More soccer prediction can be obtained from the link provided.

Arsenal under Arteta have added great organization. The team began to score less often. However, the result is regularly obtained at home. In terms of the selection of performers, the London club is noticeably superior to its rival. Of course, Villane were surprised in the first rounds, but they are unlikely to be able to cope with the Gunners. Aston Villa love to catch opponents on counterattacks, but Arsenal are no longer the ones that played reckless attacking football. Now the Gunners play more pragmatically and the class must take its own.

Our prediction is Arsenal's victory for 1.72 in BC 1xBet.

Place a bet on the line of 1xbet promo code kenya with odds of 1.72. 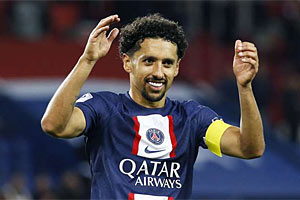