Argentina vs Australia: Prediction for the Championship | Odds2win

Argentina vs Australia: Prediction for the Championship | Odds2win 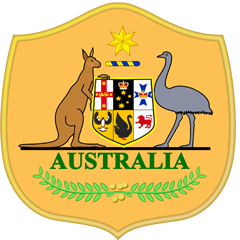 The South Americans are put forward as a serious favorite of the meeting, although it is still too early to talk about the stability of Messi and Co. at the Qatari tournament.

The Argentina national team was considered in the company of Mexico, Poland and Saudi Arabia as the main contender for the first line. In the first round, Lionel Scaloni's team won the first half against Saudi Arabia without converting a lot of chances. But in the second half of the meeting, Albiceleste failed, conceding twice from an opponent who caught courage.

The 1:2 defeat did not leave Argentina the right to make a mistake in the second round. Lionel Messi managed to pull out the toughest match with the uncompromising Mexico, who scored a goal in a situation where the opponent did not even allow him to approach his goal. At the same time, a 2:0 victory did not guarantee the Argentines a ticket to the playoffs. It was necessary to beat Poland, which was done. Two goals in the second half secured the first place in the group for Argentina.

The Australian team was not considered a contender for a ticket to the playoffs. Graham Arnold's team competed with France, Denmark and Tunisia, where the Europeans were considered the favorites. The status of an outsider was confirmed by the Australians in the first round, where they lost 1:4 to France. The defeat did not break Australia and in the duel with Tunisia three points were obtained thanks to the only accurate blow from Mitchell Duke.

However, even this success did not affect Australia's chances of qualifying for the playoffs. In the last round they had to play with Denmark, which was the obvious favorite. Despite the game advantage of the Danes, the Australians survived and managed to carry out a high-quality effective attack. Matthew Lecky's ball became the only one in the match and allowed him to be in the playoffs. More 90% accurate football predictions can be obtained from the link provided.

The Argentina national team turned the group stage into a drama, failing in the first round. However, at the same time, they had enough strength and experience to correct a very difficult situation. If in the duel with Mexico, the Albiceleste suffered more than they played football, then the Poles were already beaten outright. In the course of the tournament, Argentina is clearly adding and Australia, despite all the merits, has a minimum chance of success. In all respects, the South Americans are superior.

We believe that the favorite will easily win. Prediction is for the Asian handicap (-1.5) for Argentina. In BC 1xBet, such an outcome is offered with a coefficient of 1.67.

Argentina, without a doubt, is the undisputed favorite of this confrontation. The painful lesson learned by "albiceleste" in the first round of the World Cup has certainly been learned and today the Argentines will definitely be attentive in defense. At the same time, there are players in the attack who are able to get the most out of any moment. Australia is not perfect in defense and the favorite will surely get a confident two-goal victory.

Our second bet will be the victory of Argentina by two goals. Such a bet in 1xBet can be placed for 3.79.

We recommend visit the page free melbet promo code in Pakistan a bet on the line of 1xBet with odds of 1.67.