Andorra - Latvia: Who will be the last? Prediction | Odds2win

Andorra - Latvia: Who will be the last? Prediction | Odds2win 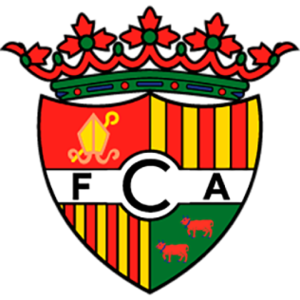 Andorra has never defeated Latvia in its history (three defeats and three draws), whereas in the last three matches not a single goal has been scored. Latvia has not lost four games in a row away.

In 2020 Andorra has not yet won a single victory. Out of seven matches, Koldo Alvarez's wards lost in five, ending in a draw only fights with their current rival, as well as Malta (both with a score 0:0). The most disastrous game turned out to be a friendly meeting with Portugal, where Ronaldo and the company played pretty good in the attack, ending with a score 0:7.

As for the rest, the “postmen” were inferior with a difference of one or two goals. We lost to the Faroes twice (0:1, 0:2), as well as to Cape Verde (1:2) and in the previous round to Malta (1:3), although after the first half Andorra was leading.

Latvia could not compete for leadership in the group quite expectedly, since chances of doing it with zero in the victory column tend to almost zero. Although the team of Dainis Kazakevich had only one defeat in the official match from Malta (0:1). With all the rest the Balts played in a draw: with Andorra, as mentioned earlier, with the same Malta and also twice with the Faroe Islands (all with a score 1:1).

In addition to the official games, there were also two friendly games. With Montenegro the Latvians almost created a sensation, but conceded in stoppage time (1:1), whereas with the San Marino team there were no problems, the result is 3:0. More scientific soccer prediction can be obtained from the link provided.

It is unlikely that in this match we will see a large number of goals. Only in the game with the Sanmarines there were more than two goals scored and hosts are not often noted in attack. One or two goals is the maximum that teams can show.

Our prediction is the total under (2) goals with the odds of 1.80 from BC 1xBet.

Place a bet on the line of 1xbet promo code india with odds of 1.80.