Altay vs Besiktas: prediction for the match | Odds2win

Altay vs Besiktas: prediction for the match | Odds2win 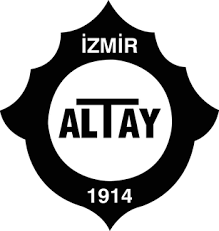 In eight previous away matches of "Besiktas" the result 0:0 was met twice. In the past five home games, the Altay club failed to score three times in the first half.

Altay has burst into the elite of Turkish football at full speed and after six rounds has 12 points to its credit, having settled down on the third line. Mustafa Denizli's team have already scored 12 goals and this is the second performance indicator in the division. In the last match, the club on the road dealt with the minority with Rizespor (2:1), conceding only in stoppage time and before that beat Goztepe with the same score at home, not scoring a penalty, but snatching victory at the end of the meeting.

"Besiktas" under the leadership of Sergen Yalcin has not yet lost at the start of the season and after six matches with 14 points tops the table of the Turkish Super League. The Black Eagles have already scored 13 goals and this is the best performance indicator in the championship. In the previous game, the club could not beat Adanademirspor at home (3:3) and before that they beat Antalyaspor at least (3:2) on their field.

The champion suffered heavy personnel losses in recent meetings and Mehmet Topal and Necip Uysal were added to the injured players. More football statistics and predictions can be obtained from the link provided.

Besiktas is exhausted from injuries and has already had three meetings in the last week. This match will be the fourth for the Turkish champion in nine days. There is an assumption that the absence of a large number of main players and the general fatigue of the team will help the hosts to perform successfully.

Altay started very confidently in the elite and can take advantage of the enemy's problems on the courage. The team combines well and has seven home wins in the last 10 games. In addition, the hosts have never lost more than one goal to the Black Eagles at home. We believe that there will not be a better chance for the home team to take the points away from the champion, but we suggest hedging the bet.

Our prediction is an Asian handicap (+1) against Altay. 1xBet offers odds of 1xBet for such an outcome.

Taking into account the personnel difficulties of Besiktas, there is an assumption that guests will start cautiously and will not rush forward recklessly. Altay is good at counterplay and can quickly cool the enemy's ardor by punishing a mistake or underestimation. Most likely, the hosts will also not reveal the game unnecessarily and will prefer to combine and seek happiness at the opponent's goal in positional attacks. Considering these factors, we dare to assume that the confrontation will be held in a forceful manner and will become rich in martial arts, which will negatively affect the implementation.

Our second bet will be under three goals total. This bet can be placed for 1.65.

We recommend visiting the page best betting site in bangladesh and place a bet on the line of 1xBet with odds of 1.77.