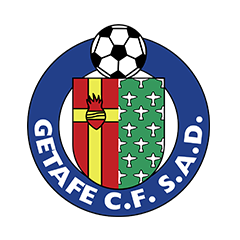 Forecast for the match of the 1/16 finals of the playoffs of the Europa League, in which the Ajax from Netherlands and the Spanish Getafe will meet. A return meeting between these clubs will take place on Thursday February 27 in Amsterdam at the Johan Cruyff Arena stadium. The starting whistle for the start of the match will sound 20.00 GMT. Who will be the winner? What bets to prepare for the upcoming match? Forecast from Odds2win

In the first match of the 1/16 finals of the Europa League, Ajax didn’t look like a sample of last year, which was reflected in the statistics, according to which the Ajaxids could not once hit the target of today's rival, but without this success the battle for the next round to the Netherland team can not see.

In the national championship, the “Jews” are still the first, but in the last round they received a second defeat in the last four matches and let AZ go by three points. What distinguishes a leader is the result of the attack - 65 goals scored in 23 matches, of which 11 are on the account of Promes, with whom the problems and the striker will most likely not be able to enter the field. Besides him, Neres and Veltman will not be able to take part in the match.

Getafe looked good in the first match, but spent too much effort and already on Sunday lost Seville (0: 3) on their field, which brought the Madrid team 42 points and fifth place in the table.

It is worth noting that the “urban” this defeat was the second in a row. The main goal scorer of the team in La Liga today is Angel (10 goals), and the team’s infirmary is only Manojlovi?, whose back is injured.

Fans and bookmakers expect Ajax comeback, but recent matches have shown that the absence of major players negatively affects the game and in today's match we will see equal game and open football, which can bring scored goals.

We assume that “Getafe” is able to restrain the onslaught of the hosts, for which we propose to play a bet.

Our prediction is that Getafe will not lose and bet on it through 1xBet (Double Chance 2X) Place such bet with a odds of 1.94