AEK - Zorya: What to bet on? Prediction | Odds2win.bet

AEK - Zorya: What to bet on? Prediction | Odds2win.bet 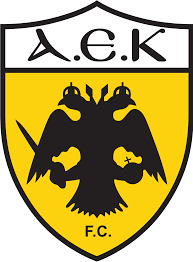 AEK, having beaten Zorya with a score 4:1 in the last match, won the first victory in the Europa League group. Now the Greeks have 3 points on their account and they retain chances of reaching the playoffs. If they beat the Ukrainians in the upcoming match and in a parallel match Leicester will cope with Braga, then Carrera's charges will be equal in points with the Portuguese. Then the fate of the second ticket to the playoffs will be decided in the remaining 2 rounds.

It should be noted that AEK is showing weak results at home in the Europa League. In the last 8 matches they managed to win only 1 time, with 5 draws and 2 losses. In addition, 7 out of 8 games came to an end with a bet on "both will score - yes". We will add that within these 8 fights the Greeks managed to keep their gates locked only in one.

On November 22nd, after an international pause AEK played a match against Larisa (4:1) at home. Victory confirms that the “eagles” are in good shape for European competitions.

It was expected that Zorya would look more solid in its group. However, the fact that leaders left the team in the summer affected. As a result, the Ukrainians have 0 points after 3 rounds. They scored only 2 goals and conceded 9. The one who watched how the “black-and-white” played, would hardly argue with the fact that the team is absolutely deservedly on the 4th line in the quartet.

If Viktor Skripnik's charges lose in the next game, they will lose even the theoretical chances of reaching the playoffs of the tournament. And we are afraid that Luhansk people will really lose. The visiting team has very modest indicators within the European competition: having only 1 victory, with 2 draws and 5 losses. 5 of those 8 games ended with "both to score - no". In addition, in 5 matches there was a bet on "both will score - yes".

Almost certainly AEK will win this match. “Zorya” is the main outsider in this group and the Ukrainians have no chances to leave the group. Considering that the Greeks managed to score four goals on the road, we assume that the “two-headed eagles” will win a landslide victory in the upcoming match. Our bet: H1 (-1) at 1.92 odds from 1xBet.