In the last five games, De Minaur has played a tie-breaker four times. A bet “under 9.5 games” have been played in 4 of Garin's last 5 matches in the first set.

Garin plays poorly in the second half of the season. Only on profile ground the Chilean tennis player managed to demonstrate something this season.

On the rest of the surfaces, Christian did not achieve much. This season, Garin has only two wins in seven games on hard. And even then he won one of them just at the current Masters in Indian Wells. In the second round the Chilean beat Ernesto Escobedo (7-5, 6-2).

De Minaur is also not impressive in the second half of the current season. Although it is worth recalling that this year the Australian tennis player has brought himself two trophies.

At the beginning of the year, he won the competition in Antalya, while in June he secured a victory at the tournament in Eastbourne. After that, Alex's game began to decline, due to which he left all subsequent tournaments literally at once. At the current Indian Wells Masters, De Minaur started with a win over Aleksandar Vukich (6-4, 7-5). More tennis bet predictions can be obtained from the link provided.

The only face-to-face meeting between tennis players ended with De Minaura's victory. Alex may not be as good now as at the beginning of the season, but he showed a good start at the current Masters, so we believe that he can beat the Chilean again.

Our prediction is that De Minaura will win with a handicap (-1) game for a coefficient of 1.75 in BC 1xBet.

Both tennis players are now in mediocre playing conditions, so it’s hard to believe in a crushing victory for one of them. We are expecting a combat duel in this pair and offer to bet more on the total in terms of games.

The second prediction is for a total over 22 games for a coefficient of 1.78.

Place a bet on the line of 1xbet promo code india with odds of 1.75. 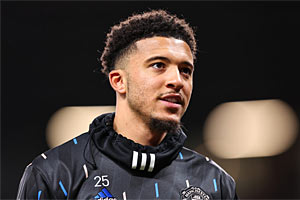