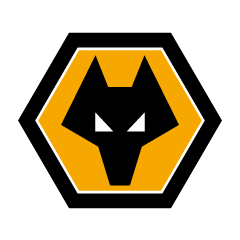 Experts give their priority to Sevilla, which is quite logical: the squad is stronger and they have more European Cup experience. However, Wolverhampton, traditionally, complicates life for the giants due to the competent play of the second number, excellent counterattacks and strong standards. The Wolves' defense is good and therefore the Spaniards are likely to have problems.

Wolverhampton failed to achieve their goals in the Premier League, frankly washing out the finish of the season. The team of Nuno Espirito Santo from the very start of the tournament showed excellent football and at one time was even a contender for a ticket to the Champions League, but in the end they could not even make it to the Europa League.

The Wolves came seventh to the finish line and flew past the European cups. Arsenal won the FA Cup and this circumstance prevented the team from getting a ticket to the Europa League. The key was the 0:2 defeat to Chelsea in the final round, which made efforts of the whole season in vain.

In the Europa League, the Wolves easily overcame the group stage and advanced to the playoffs at Espanyol, who were defeated 4-0 in their first match at home. Having lost 2:3 in Spain, the “wolves” went further and got into the rivals “Olympiacos”. In Greece, they managed to get a draw 1:1 and in England, Wolverhampton beat the rival with a score of 1:0 and thus went to Germany for the key matches of the tournament.

Sevilla had a great season. Under the leadership of Julen Lopetegui, the Nervions managed to finish in the top four and got a ticket to the Champions League. Having given an excellent first lap, Sevilla secured a foothold in the leading group and despite the fact that they did not manage to join the championship race, the final fourth place can clearly be regarded as a great success.

In the Europa League, Sevilla had no problems, having won five matches in a row in the group, they made their way to the playoffs ahead of schedule, where Cluj was chosen as their opponent. Despite the status of the clear favorite of the pair, the Nervets did not beat the railroad in any of the two matches, but moved on due to the guest goal.

In the 1/8 finals, Sevilla met with Roma and knocked the Romans out of the tournament without a single chance. A confident 2-0 victory sent the club to the quarterfinals.

“Wolverhampton” passed “Olympiacos” with great difficulty in the last round. The Greeks created several killer chances at the end of the match and could go further, but no luck. Sevilla, in turn, had a very powerful season in the Spanish Championship. A few days ago, the Nervionians beat Roma without a chance. The team is clearly in great shape and is determined to win the tournament.

Wolverhampton are not easy opponents, but the Wolves are vulnerable on the defensive. With such a powerful opponent these mistakes can be fatal.

We believe nominees have a better chance of success. Forecast - Asian handicap (0) for Sevilla. In 1xBet such an outcome is offered with odds of 1.60