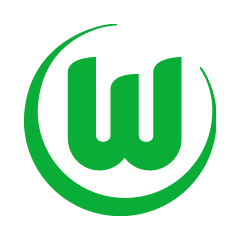 Wolfsburg started the season rather poorly. In the first round Oliver Glasner's team snatched a goalless draw from Bayer with great difficulty and then suffered a fiasco in the qualification of the Europa League, yielding place in the group to the Greek AEK. The “wolves” got their first victory in the Bundesliga in the fifth round, beating not without problems “Arminia” with a score of 2:1 at home.

Wolfsburg is now in sixth place in the table with 14 points in the asset, being just three points behind the Champions League zone. But how realistic it is for the club to compete for a place in the top four remains a big question. In the last round Wolfsburg did not experience any problems with Schalke, beating the Pitmen 2:0 away.

This victory was the second in a row for the "wolves" and extended the streak without defeat to eight matches, but only three of them ended in victories. Marin Pongracic, who has been tested positive for coronavirus, will miss the match. Jeffrey Bruma and Daniel Gincek are also out of the game due to injuries, but none of these players is key for Wolfsburg.

Werder Bremen came very close to leaving the Bundesliga last season, but ended up retaining their place in the elite through relegation matches. The new season began as usual for the “musicians”. At home they lost 1:4 to Hertha. Nevertheless, this did not follow a failure. Florian Kochfeldt retained his position and at the moment fully justifies the trust of the management.

By the start of the ninth round Werder Bremen are on the ninth line in the table, having 11 points. The "musicians" are three points behind the Europa League zone, but perhaps more important to them is the fact that the transition zone is seven points away.

In the last round, Werder Bremen sensationally snatched a 1:1 draw from Bayern, which became for them the fifth in a row, but the streak reached seven matches without defeat, which certainly had a positive effect on the mood in the team.

Nicklas Fullkrug is still on the sidelines.

Wolfsburg is gradually gaining momentum. Glasenr's team started hard, but recently it is clearly progressing. Against the background of the rival, the "wolves" look like a clear favorite. They clearly surpass the "musicians" in the selection of players, their football is of a higher quality, which is reflected in the standings.

Werder Bremen today are not a serious rival for Wolfsburg with all their efforts, especially away from home.

We believe that guests have no chance. The prediction is a victory for Wolfsburg. In BC 1xBet this outcome is offered with odds 1.83.