Vietnam vs Australia. Prediction for the qualifying for World Cup 2022

Vietnam vs Australia. Prediction for the qualifying for World Cup 2022 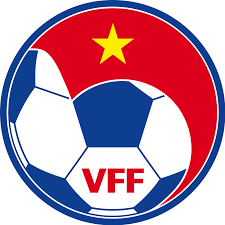 Vietnam lost in the last two games. Australia has won nine previous bouts. Australia is approaching the match as a favorite.

Under the leadership of Han-seo Pak the Vietnam national team finished second in the overall standings in the Second stage of selection, earning 17 points in eight matches and losing only one point to the leader. In the first round of the Third round, the team went to visit Saudi Arabia. Guests were completely outplayed in all game aspects, although they opened the score already in the third minute. But, as it turned out, this shot was the only one on target of the opponent's goal. The hosts scored three times after the break and Vietnam of course lost (1:3).

Australia won the group with 100% in the Second qualifying round. Graham Arnold's team conceded only two goals in eight matches and scored 28 goals, demonstrating excellent implementation. In the first round of the Third round, the Sockeruse hosted China at home. Having scored twice in the opening of the meeting, hosts slowed down a little, never allowed the enemy to shoot into the target of their own goal, distinguished themselves in the middle of the second half again and naturally won (3:0), topping the table.

The Australians have won nine previous matches and are the main force in their region. Vietnam looked good at the last stage of the selection against the background of almost equal teams, but it is unlikely to be able to provide decent resistance to a team of such caliber as Australia.

Most likely, guests will get down to business with the starting whistle and will attack until the very end of the match, which distinguishes them from other teams. Sokkeruz have a balanced line-up, they rarely concede and score quite a lot. We believe that hosts will not be able to avoid defeat and with a large score.

Our prediction is the Asian handicap (-1.5) for Australia. For such an outcome in bookmaker 1xBet they offer odds of 1.82.

Australia has scored 14 goals in four previous away matches and there is every reason to believe that the Vietnamese defense will not resist a powerful attack from guests. The hosts, in turn, are capable of making a goal at home and we believe that the meeting will be quite scoring, which we propose to take advantage of.