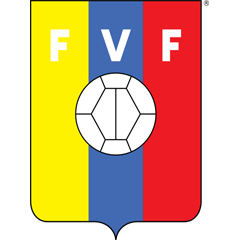 The last match between these teams ended in victory for Venezuela with a score of 0:1. Paraguay has a streak of four straight games unbeaten, with just 1 win. In its last five fights Venezuela has won three victories, with one draw and one defeat.

Recently, the Venezuelan national team has shown good football, which allowed the team to achieve some success. At the Copa America the Venezuelans managed to reach the quarterfinals, which can be considered a success for them. The truth is, the leadership of the federation decided to change the coach this winter, appointing the head of the Portuguese Johe Peseiro. Under his leadership the team had only one match, in which they lost to Colombia with a score of 3:0. In the team's cage there are mostly players from the local championship or from Brazilian teams, but there are several representatives from Europe, including Wilker and Ponce from Akhmat.

Under the leadership of Argentine specialist Eduardo Berizzo the Paraguayan national team has not had much success. In the last Copa America they were unable to secure a single victory, being eliminated in the quarterfinals from Brazil. Paraguayans often play in a draw, not knowing how to squeeze weaker opponents. In defense, it turns out to show reliability to the Paraguayans, but in the attacking line there are big problems that even the eminent Gonzalez, Almiron and Melgarejo cannot solve. In their last match Paraguay missed a victory against the national team of Peru, drawing 2:2.

Both teams have played only one fight this year, so they are not in the best condition and are far from optimal shape. Connections between players are lost, which was noticeable in the first matches. The home field advantage for Venezuela makes the teams' chances of success approximately equal. So we recommend choosing a draw in this meeting, which is the most favorite result for Paraguay.