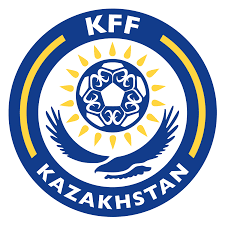 The Ukrainian national team confidently passed the selection tournament for Euro 2020, where, contrary to all predictions, managed to take first place in Group B ahead of Portugal and Serbia. Such a success brought the "yellow-blue" tickets to the final tournament of the main football forum in Europe.

In the League of Nations, Andriy Shevchenko's wards scored two victories, but a technical defeat from Switzerland sent the team to League B. The start of the selection in Qatar-2022 was quite successful for the Ukrainian squad. Two draws in a row with France (1:1) and Finland (1:1) give up hope for overall success in the race for a ticket to the 2022 World Cup.

The national team of Kazakhstan started in the selection for the 2022 World Cup is traditionally unsuccessful, however, the rival in the debut game was extra-class, namely the national team of France (0:2), for which we made a prediction. In the selection for Euro 2020 the hawks took only the penultimate place in the group, where they were only able to get ahead of San Marino, but the team lost to Cyprus only in terms of additional indicators.

In the League of Nations, Talgat Baysufinov's wards took the last place in the group, which sent the team to the lower division. In the last five fights of the tournament, the Kazakhstanis gained only one point in the battle with the national team of Albania (0:0). More success soccer prediction can be obtained from the link provided.

In this game hosts are the clear favorite. The Ukrainian national team has an excellent selection of performers who are in good shape. Moreover, Andriy Shevchenko has an excellent rotation. Kazakhstan won't give up points just like that, but it is unlikely to be able to withstand the onslaught of the "yellow-blue".

Our prediction is that Ukraine will win with a handicap (-1.5) of the goal and we bet on this on the line of BC 1xBet with the odds of 1.71.

Teams were tired for a week, which may affect the outcome of this fight. In our opinion, the performance will not go beyond the standard indicators today.

Second prediction is for a total under 3 goals in 1.70.