Standard vs Genk: will the Pitmen take points?

Standard vs Genk: will the Pitmen take points? 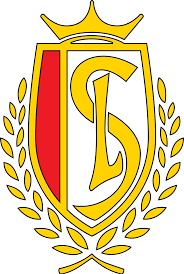 In the last two matches Genk scored against Standard in the second half. In the last four matches Standard have scored in the first half.

Standard showed itself very poorly last season. The Reds were able to finish only sixth. Mbaye Leie's team did not compete with Gent, Mechelen and Ostanda in the struggle to enter the Conference League, finishing fourth in the group. Also, "Standard" reached the final of the Belgian Cup, where they lost 1:2 to their current rival.

Genk was great last season. John van den Brom's team fought for the championship title. At the finish of the tournament distance, the Pitmen caught up with Brugge, but lost the title to an opponent only due to additional indicators. However, Genk managed to take the trophy. In the Cup final with a score of 2:1 they beat Standard.

A week ago the Pitmen lost 2:3 to Club Brugge in the Belgian Super Cup. Genk will start in the Champions League qualification very soon. On August 10 they will face Shakhtar Donetsk.

Genk have already played one official match in which they looked very solid and managed to score twice against Brugge. Today, the Pitmen will certainly strive for victory. In recent years Standard is no longer a formidable force. The Reds are much weaker in terms of player selection, it makes sense to give preference to the guests.

We believe that guests have a better chance of winning. Prediction is for Asian handicap (0) at Genk. In bookmaker 1xBet such an outcome is offered with odds of 1.77.

Genk plays attacking football and scores a lot. In the Super Cup the Pitmen once again demonstrated their attacking potential. The "Standard" will probably also be active in the attack at home, so the probability of a scoring extravaganza is very high.