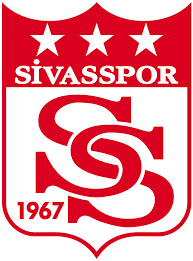 Sivasspor has not lost in 12 rounds. “Besiktas” have lost one away match out of the last ten. In the first round match “Besiktas” won with a score 3:0.

“Sivasspor” shock conducted the final part of the championship, thanks to which, unexpectedly, gained chances to get into the European Cup zone. Now the gap from it is 9 points and in case of victory in the upcoming meeting, it will be reduced to six. For twelve rounds in a row, Sivasspor has not lost in the Turkish Super League. During this time there were seven wins and five draws.

"Besiktash" has been storming lately. Either the team wins six rounds in a row, then in two matches it will score only one point. On the other day they will return to the victorious path and win two victories and then they will stumble again, having played a draw. This is how the “black and white” have been performing lately and they are losing points even with teams that are fighting for survival, an example of this is the 2:2 draw with “Ankaragucu”. “Besiktas” is still the leader of the Super League, but now it is ahead of “Galatasaray” by 6 points and by 2 points from “Fenerbahce”, but the latter played a match more. So, what is the accurate football predictions for today?

Bookmakers make Besiktas the favorite, but we would not rush to agree with them. Yes, Sergen Yalchin's gang looks really powerful this season and rightfully takes the place of the leader, but the team's performance in the last two rounds has raised a lot of questions. “Besiktas” conceded two goals from “Erzurumspor” and “Ankaragucu”. Anyway, on the road guys concede 1.5 goals on average.

Sivasspor is in excellent shape and is able to impose a fight. It may not be possible to cling to the points, but the home team will play enough for their goal, given the weak defense of the opponent. Let's take “both will score - yes” for the odds of 1.80.