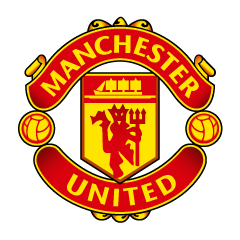 Both teams make no secret of their frantic desire to win the Europa League. “Sevilla” is a well-known specialist in this tournament. The team won it five times. In turn, “Manchester United” has been without trophies for three years now, which is a lot for a team of such high status. The last success of the “red devils” happened just in the Europa League.

Sevilla is playing this season at a very high level. In the Spanish Championship, the team of Yulen Lopetegui achieved their goals. In the Europa League they also show excellent football. In the Primera, the Nerves lost the bronze medal to Atl?tico Madrid only in the last rounds, leaving the Mattress team ahead only in additional indicators, but at the same time they got a ticket to the Champions League.

In the Europa League, Sevilla played at a high level in the group stage, becoming the undisputed best team in the quartet. In the 1/16 finals, the Nervians clearly underestimated Cluj and could well have paid for it, but they made it through with an away goal.

After the quarantine, Lopetega's team went to Germany, where they had to play in one match a ticket to the quarterfinals with Roma. The fight, as such, did not work out. The "wolves" were beaten with a score of 2:0 without resisting.

But Wolverhampton, with which Sevilla played in the quarterfinals, fought with all their might and until the 88th minute kept the desired goalless draw, but Lucas Ocampos, who was in brilliant form throughout the season, scored the only goal in that meeting, which brought Sevilla to the semifinals.

Manchester United were not stable in the English Championship. For a long time the team of Ole Gunnar Solskjaer was outside of the Champions League zone, but in the end they achieved their goal. After the quarantine, the Red Devils played a number of very powerful matches. The main one of which was undoubtedly the fight with Leicester in the last round. Thanks to a 2-0 victory, the Mankunians got a ticket to the Champions League.

Until recently, Manchester United had no problems in the Europa League. They did not meet any resistance in the group, Brugge and LASK were completely defeated by Solskjaer's team.

The first serious obstacle was Copenhagen in the quarterfinals. The Lions resisted and snatched a goalless draw in regulation time, but in extra time Bruno Fernandes took Manchester United to the semifinals with a kick from the 11-meter mark.

Sevilla approached the playoffs in excellent shape. The Nervians took out Roma without a chance, then they absolutely deservedly beat Wolverhampton, which they had to tinker with. Manchester United passed Copenhagen with great difficulty in the last round. Undoubtedly, the Red Devils dominated during the meeting, but if the Lions had held out until the penalty shootout, everything could have ended sadder.

A distinctive feature of Sevilla this season is stability. A series of 19 unbeaten matches clearly testifies to this. The Nerves are able to squeeze the most out of their chances, against the background of the unstable Manchester United they certainly look like a favorite.

We believe that the Spaniards will make it to the final. The forecast is the passage of Sevilla. In 1xBet such an outcome is offered with odds of 2.07